This program of conservation and promotion of Haiti’s underground heritage was started in 2009 upon the initiative of Carole Devillers and Olivier Testa from the Speleo Groupe de La Tronche.

From this "early period", our activities were

making a speleological expedition in the south of Haiti. Our main discovery was the Grotte Bellony, in Pestel

working on a small scale and local development project, funded by the Franch Embassy, to train local guides, and highlight and protect somes caves

A new partnership with Fondation Culture Creation allows us to

Later in 2012, there was a short mission to identify potential caves in the Môle-Saint-Nicolas area

With good results in 2012, our contract with Fondation Culture Creation was extended.

A new partnership, with the Dominican Republic Speleological Society, and the possibility to have very good diving equipment, was the occasion to start an underwater cave exploration program.

With the result of our preliminary expedition in 2017, a bigger expedition was made, with more resources

Photojournalist and writer, has spent some twenty years in Haiti, worked for ten years as photo correspondent of the news agency Reuters in Port-au-Prince, and has several ethnological articles in National Geographic Magazine to her credit. Her work has been widely published in the international press.

Photographer and speleologist, has lighted up hundreds of caves across the world with his flashes. He brings back, from his expeditions, photos with a unique style. Explorer from a tender age, his photos are guided by his experience.

Engineer and speleologist, participates in numerous speleological expeditions abroad and contributes in the technical areas. He works and develop new caving equipment at PETZL

Stephanie joined the team in 2013. French/Canadian specialised in sustainable development and corporate responsibility, she brings in her experience in strategy and develops her speleological skills 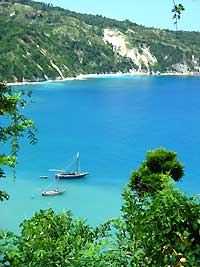